The Board of Advisors for Kruzner Advisory Partners, LLC (KAP) represents a non-binding strategic advice governance council and advisory role providing mentoring, executive leadership, and council to the Senior Leadership. The Board of Advisor role is not an operating role. The informational nature of this Advisor Board role provides flexibility in structure and management and will have no legal responsibilities. The Advisor Board is formed to provide advice, recommendations, and informed guidance to the governing leadership.

As a member of the Advisor Board, Advisors may be asked to attend face-to-face or teleconference meetings of the Advisor Board and to provide guidance with respect to the business operating model, market research and product development, and customer activities, on an as-needed basis.

•  Talent acquisition or underlying performance optimization
•  Policies, standards, and common practices
•  Insight on operating principles underlying KAP’s strategic focus
•  Fiduciary duty matters, where appropriate with no liability
•  Ambassador of the firm and make introductions to potential customers
•  Referenceable activities for the betterment of the firm
•  Customer acquisition strategies, where appropriate
•  Go to market strategies relative to talent or partnership opportunities
•  Product or service insights today or in the future
•  Helping alleviate customer or competitor challenges

OUR BOARD OF ADVISORS 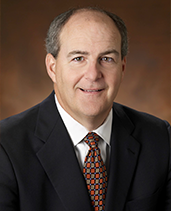 Scalet was formerly with International Paper (IP), where he served as senior vice president and chief information officer, managing information technology and telecommunications strategy, planning, and operations for the world’s largest paper and forest products company. He was a member of IP’s senior leadership team and the company’s eBusiness Steering Committee.

Prior to IP, Scalet was vice president and chief information officer at MAPCO, Inc. (now The Williams Co.), a Fortune 250 diversified energy company.

Today Scalet is president of HMA LLC, a capital investment and advisory services company focused on the high tech and health technology industries. He is Co-Managing Partner of F&S Capital. Scalet is on the Board of IntraLinks (IL) and Winshuttle as well as a number of private technology companies, and is a former board member of Netezza Corporation and Merck Capital Ventures. Scalet received his bachelor’s degree in management science and computer systems from Oklahoma State University and completed the executive development program at the Kellogg School of Management, Northwestern University. 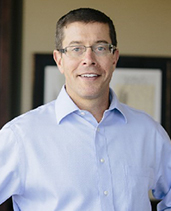 As CEO of VitalSmarts since 2009, Andy Shimberg has led this behavior change corporate training company to results that include training over 2 million people in its award-winning content, creating over 14,000 certified trainers across the world, and leading VitalSmarts on a growth path that has clearly outpaced its industry.

Andy has worked across Global 1000 companies helping executive teams transform their organizations by changing and leveraging their culture. A respected consultant and advisor, he has helped leaders in organizations as diverse as Johnson & Johnson, Merck, ConocoPhillips, Mass Mutual and Daimler, develop competency around driving complex behavior change to secure bottom-line results.

Prior to VitalSmarts, Andy served as President of Consulting Services at The Concours Group, an organization that provides research, executive education, and advisory services to help senior executives in companies achieve breakthroughs in performance. He also served as a faculty member at the Babson College Executive Center for Concours leadership programs.

In addition to his leadership experience, Andy is a popular speaker and has led dozens of large-scale client research projects that explore how leadership and management issues impact executive effectiveness. His research into principles and strategies for increasing influence to solve major entrenched problems was named the Change Management Approach of the Year by MIT Sloan Management Review.

Andy is a graduate of Duke University. 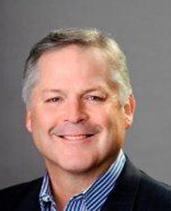 David joined ascena with extensive managerial and technical depth as well as expertise building strong shared services organizations. His leadership has spanned cross-functional teams in multiple brands, geographies and cultures. He has a proven track record of successfully implementing large-scale IT transformation and project efforts.

Prior to his experience at Owens Corning, David held technology positions with Honeywell, Inc. and Time Warner. In both of these roles, he orchestrated major computer systems development and management activities at both the division and corporate levels.

David holds a Bachelor of Science in Computer Science Engineering from The Ohio State University and a Master of Business Administration from the University of Dayton. He was inducted into the CIO Hall of Fame in 2009 and was named one of Computerworld’s Premier 100 information technology leaders for 2012. 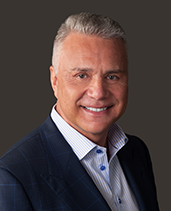 Based in Houston, Texas, Rob has over 30 years of consulting experience serving clients in the Energy sector. Currently, Rob is an Executive Vice President, Chief Financial Officer and Board Member at Strike, LLC – a national leader in serving the energy infrastructure industry.

Prior to Strike, the majority of Rob’s career was at EY (Ernst & Young) where in 1990 he was admitted into the firm’s Partnership. In 2005, he was appointed as EY’s Global Oil & Gas Sector Leader.

Rob has held several leadership positions throughout his career including Energy Leader of North America at Oliver Wyman, Global MD of Oil & Gas at Capgemini, and U.S. Energy Sector Leader at EY.

Rob has extensive international experience working with over 75 energy clients in more than 100 countries around the world. Rob’s client work includes business strategy, global program management, business structuring and transactions, and transformational initiatives as well as leading a wide spectrum of energy accounts.

In addition to his strategy consulting work, Rob has appeared as an expert witness on a wide variety of oil pipeline matters before the Federal Energy Regulatory Commission and various state, regulatory, and judicial bodies. He was an instrumental industry adviser to oil pipelines adopting the Master Limited Partnership (MLP) model.

Rob also has served as a guest lecturer at industry executive training conferences at Northwestern University Transportation Center. He has been a frequent presenter, speaker and author on a variety of issues affecting the Energy industry at such venues as The Association of Oil Pipelines, The World Energy Congress, The World Gas Congress and the World Energy Leaders’ Summit for the World Energy Council.

In addition, Rob has served as an industry advisor at other such prestigious events as The World Economic Forum in Davos, Switzerland. 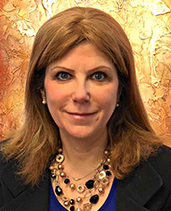 Dora Vell is the CEO of Vell Executive Search, a boutique executive search firm in Boston focused on recruiting technology executives and board members, across North America. Vell has successfully completed numerous board member and C-level executive searches, including CEOs, COOs, CIOs, and Vice Presidents – at both public and private companies.

Prior to founding the firm in 2005, Vell was a Partner at Heidrick & Struggles’ Technology practice for seven years. Before her career in executive search, she worked at IBM for 11 years, managing software engineering organizations of 100 people and software sales organizations with revenues of $150 million.

Vell holds seven worldwide software patents. She has published several Business of Leadership reports on governance and leadership and has been quoted in numerous articles including The Corporate Board, The Wall Street Journal, Forbes, Business Week, Fortune, Agenda Week, MSNBC, Mass High Tech, the OPUS for the World Economic Forum, Boston Business Journal, The Globe & Mail, CIO Magazine, and IEEE. She also has been a featured speaker on leadership at numerous conferences and at Columbia University’s MBA program.

Vell is a Fellow of the National Association of Corporate Directors (NACD) and was member of the Boston CEO Roundtable. She has served on the boards of Framingham State, Entrepreneur’s Organization, Goodwill, and Mary Centre for developmentally handicapped adults, garage.ca, and RBC Capital Partners.

Carl Wilson is a turnaround CIO and business leader with a career that spans more than four decades and multiple industry segments. Carl launched his career as a computer operator and is now recognized as a world-class CIO who led the technology function for national and global companies. Currently, Carl develops emerging talent as a CIO coach and mentor, in addition to actively serving on several corporate and advisory boards. His goal is to bring his expertise in executive and technology leadership to individuals and businesses alike—helping others to realize success.

As Executive Vice President and CIO of Marriott International, Inc. from 1997 to his retirement on March 31, 2011, Carl used leading-edge technology to advance the global presence of this $13+ billion company with 3,600 hotels across 70+ countries. A thought leader and visionary, he established the IT organization as a business partner while aligning the technology function with aggressive profit goals. He redefined traditional ideas to produce positive change in every functional area of Marriott’s global operation. Through a keen ability to coach and develop individuals and groups, Carl’s management philosophy created cohesive, loyal teams that worked toward challenging and exciting corporate objectives. Viewing the world as a community, he built top-producing executive teams while establishing consensus with cross-cultural staff operating globally.

From 1992 to 1997, Carl served as CIO and Vice President of Information Resources for Georgia-Pacific Corporation, where he standardized disparate systems during a period of multiple acquisitions. Carl’s guidance led to the design and implementation of a unified, enterprise-wide structure. His fiscally-responsible executive and technological foresight led to cost reductions, process improvements, and increased production—driving exponential growth for this global forest products company.

In 1984, Carl joined The Pillsbury Company, subsequently acquired by Grand Metropolitan, PLC in 1990, and is now known as Diageo. Following the corporate transition, Carl’s position was expanded to include IT accountabilities for food and international retailing sectors worldwide. During his tenure, he served as Senior Vice President of Management Information Services with CIO responsibilities.

Awarded for his contribution to business and the global IT community, Carl has received multiple recognitions, including his induction into the CIO Hall of Fame in 2007, as well as “CIO 100” from CIO for 17 years and “InformationWeek 500” for 13 consecutive years. His IT management led Marriott International to win “Best Places to Work in IT” (2003 to 2011), in addition to “Top 12 Green IT Companies” (2008 to 2011) and “Best Practices in Business Intelligence” (2008) by Computerworld.

Carl is a graduate of the University of Minnesota’s Executive Program (M.E.P.), and also earned a Bachelor of Science in Business Administration from Indiana University. He sits on the Board of Directors for Rural Sourcing Inc. and Hotel Internet Services LLC. He is also an Advisory Board Member for Decooda International Inc., Caseas LLC, PurpleCloud Technologies LLC, and Forte Ventures. In the past, Carl served multiple years on the AT&T Executive Customer Advisory Council, IBM Board of Advisors, Oracle CIO Advisory Board, and Hewlett-Packard CIO Advisory Board. 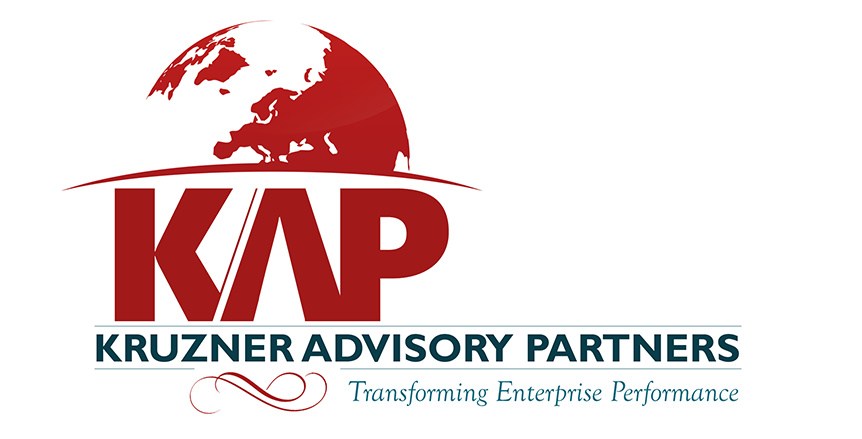